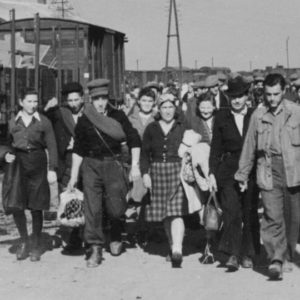 January 27, 2016 to November 20, 2016
After the catastrophe, the Liberation of Europe and the end of the Second World War raised feelings of tremendous joy, hope and relief. But returning to normal life hardly seemed possible for the European Jews who survived the Nazis’ attempt to totally destroy them, abetted by their local accomplices. Despite everything, all the survivors aspired to being reunited with their loved ones, returning home or finding a safe haven, going back to work and imagining a future again, either in Europe or someplace else. But chaos and uncertainty reigned everywhere.