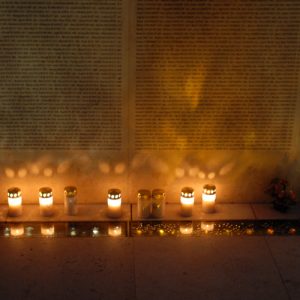 Of the 76,000 names of Jews deported from France engraved on the Wall of Names, some 200 former deportees, relatives, volunteers and children took turns reading out those of people on transports one to 31 as well as on lists 90 and 91. Serge Klarsfeld compiled the lists of “those of whom nothing remains but their names” (Simone Veil), which were published in the Livre Mémorial de la Déportation (Association des FFDJF).

The commemoration was broadcast live on the Memorial’s website. You can watch the video here: