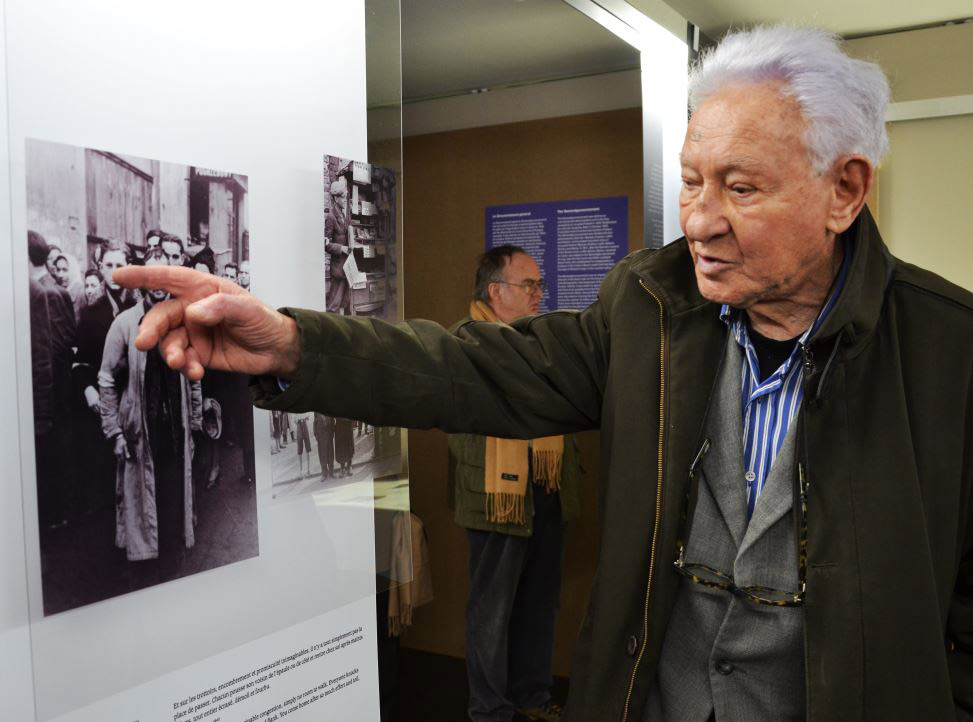 On February 7, 2014, Mr. Gray, then 92, visited the Scenes from the ghetto exhibition at the Shoah Memorial and recognized himself in one of the show’s key photos, which had been taken in the Warsaw Ghetto in 1941.

Born in Warsaw on April 27, 1922, Mr. Gray — Mieczysław or Miétek Grayewski at the time — helped his family survive in the ghetto by smuggling in food at the age of 17. But he, his mother and his two brothers were eventually deported to Treblinka.

In his autobiography For Those I Loved, Mr. Gray bore witness to the hell of the ghetto and the Treblinka extermination camp, where he was tasked with removing bodies from the gas chambers and bringing them to mass graves. He managed to escape on a wagon and joined the Soviet Army.

After the war, Mr. Gray, the only member of his family who survived, moved to the United States, where he made a fortune in antiques and met his first wife, Dina Cult. They had four children and eventually moved to the South of France near Mandelieu. In October 1970, a forest fire engulfed the Tanneron Massif, near Cannes, claiming the lives of his wife and children. The tragedy again left him completely bereaved.

A man, if he wants to, can always plant a tree of life alongside a tree of death, he wrote in The Book of Life (1999). Nature, ecology and writing became the driving forces for this committed humanist who, despite everything, aspired to happiness. He eventually remarried and had five children. Our thoughts are with his loved ones today.